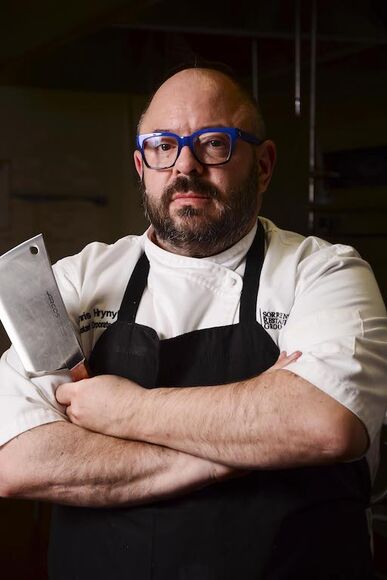 Having an award-winning chef and kitchen as part of your event means catering is the least of your worries. Think creative menus, local produce, made-in-Edmonton creations, world-famous Alberta beef ... need we say more? You are in good hands with Executive Chef Serge Belair and his team.

Multi-Award Winning Chef Through the years, Chef Serge has established a professional reputation for both his culinary and leadership skills. He’s competed several times on the national and international stage and has mentored many young chefs who have obtained recognition within the culinary sector. Chef Serge’s achievements through his career are just as impressive:

2012 National Chef of the Year Award

Chef Serge leads a team of 30 cooks and chefs who are ready to create an unforgettable meal for your guests.

Dione Harwood is a Red Seal Chef from Dawson Creek BC. She studied culinary arts at Northern Lights College and wrote the interprovincial exam at Thompson Rivers University in Kamloops. In 2011, after managing many kitchens in her hometown, she moved to Edmonton in search of finer cuisine. Before landing the Executive Chef position at Vaticano Cucina she worked as a Chef de Partie at Delta Edmonton South Hotel and Conference Centre, and a Jr. Sous Chef at Ampersand 27. Dione has always loved Italian cuisine; and since opening Vaticano Cucina in May 2017, her passion has flourished. She explored northern Italy this past spring, and she hopes to see southern Italy in 2019. She believes fresh and authentic ingredients are the greatest foundation for a delicious meal.

At 13 years of age, he has completed on food networks kids baking championship season 4, finished second place and was the 1st Canadian to enter the competition.  Inspired to bake by his (Nonna Maria Angela Carnovale 1941 - 2017) when he was 3 years old ...And continued baking ever since.

Eugene Tassone was born is Pazzano, Calabria, Italy and immigrated to Canada in 1989 making Edmonton his home. Eugene started with Italian Centre Shop in 2013 as a deli supervisor, training at the Little Italy store and becoming part of the team that opened the new West End location.

Chef Chris Hrynyk credits his Grandmother for becoming a Chef. His cooking abilities were noticed in his early childhood and encouraged. Grandma insisted he would one day be a chef. Hrynyk, unconvinced, considered studying to become a lawyer but after a year off from school and a trip to Europe, decided it was a career worth exploring. Hrynyk's long career on the Edmonton food scene started at Café Select where he was hired as a line cook. This position led him to work at many of Edmonton’s fine dining restaurants.

Eventually, Hrynyk was coaxed by Carmelo Rago, President of Sorrentino’s Restaurant Group, to join them. This led to stints within the company as Catering Manager, Catering Chef, Cooking Class Instructor and presently occupies his time as Sorrentino's Asst. Corporate Chef Upgrading his culinary skills and knowledge is critical to Hrynyk. He is a graduate of the Culinary Arts Program at NAIT and regularly takes classes at The Culinary Institute of America’s continuing education centre in St Helena California.

While not creating in the SRG Kitchens, Hrynyk makes guest TV appearances on CTV, Global, OMNI TV and others. His recipes have appeared in several cookbooks and on-line publications. In his spare time, Hrynyk paints bold and colorful artwork with an urban feel closely resembling his unique and slightly frenetic cooking style.

Chef Hrynyk lives to impress. He perceives food as art or theatre: “The show always has to go on” he says. “Make it happen and don’t be afraid to improvise if you have to.”

Teresa Spinelli will tell you that the Italian Centre Shop is about much more than “selling salami.” It’s about people.

Since 2000, when Spinelli stepped up to take on the role of president of the company, she has grown the business many times over. When she took over, the company had 30 employees and was worth $9 million. Spinelli changed the business from a local grocery store to a major importer and distributor and now has four stores, 509 employees and sales of $64 million.

Spinelli’s passion is revitalizing the community around Little Italy in Edmonton’s downtown and volunteers with organizations like the Italian Chamber of Commerce; Mayor’s Task Force on Sustainable Communities, and Edmonton City Manager’s Advisory Committee. For Teresa, it’s all about people and showing them you love them with a hearty, bountiful meal.

Spinelli has been one of Canada’s Top 100 Women Entrepreneurs as ranked by Profit Magazine; the People’s Choice Business woman of the Year; and has received the Queen’s Diamond Jubilee Medal in recognition of contributions to Canada.

She has undertaken a range of curatorial work including development of the following exhibits:

“People of the Coal Mines: The Italian Community” (Galt Museum); “J. B. Taylorand the Idea of Mountains” (Whyte Museum of the Canadian Rockies); and “The Riseand Fall of Emilio Picariello” (Fernie Museum).Publications include: Collins' Encyclopaedia of Antiques (1973); Dictionary of British Portraiture, Volumes 1 and 4 (1979); From Realism to Abstraction: The Art of J. B. Taylor(2014); The Rise and Fall of Emilio Picariello (2016); and The Frontier of Patriotism:Alberta and the First World War (co-editor, 2016). She is currently at work on a book titled “Alberta’s Italian History: From Sojourners to Citizens.”Honours include the Order of Canada (2010); Queen’s Diamond Jubilee Medal (2012);Italian knighthood (2015); Alberta Museums Association Life Time Achievement Award;Alberta Centennial Medal; Global Woman of Vision; and YWCA Woman of Distinction in the Arts.

Our blog is about love, passion, food, family, friends and people we meet along the way. It is about wanting to find the freedom of your extraordinary in the kitchen as well as in everyday life, and using your intuition to be creative and daring. The recipes we will share will reflect our respect for the traditional Italian fares and also a place to go wild and mix flavors and cultures creating your own fusion cuisine.

You will find recipes from our favorite sources (cookbooks or other blogs) along with original recipes and techniques from our own kitchen, musing on ingredients, ethical farming, beautiful people, great utensils, restaurant and travel experiences. Our love of local organic producers is what defines our way of life and a respect for the treatment of plants and animals. We believe in the energy that you put into your cooking. We are not professional chefs or photographers, we only love food and photography (and travel), very very much.

As for the name of our blog, it represents the three fundamental ingredients amongst many in the pantry of our life. Nicoletta, the Sugar, sweet and gentle, with her love for baking and baked goods.Love, the energy that fuels the scents that emanate in our kitchen and everywhere while we cook. Loreto, the Spices, passionate for cultures and people, funny, creative in everything he does. Sugar loves Spices and she is loved back. What a beautiful fairy tale, for those who wish to join in our adventure. 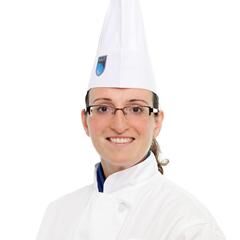 Born in Montreal and raised in Edmonton, Luisa Rizzi graduated from the full time Culinary Arts program in 2004 placing on the Dean’s Honor Roll. Soon after she obtained this journeyman red seal.

Luisa Rizzi’s love of cooking began at an early age. A daughter of a robust Italian family, her passion for cooking was influenced by her grandmother and mother’s traditional family recipes.Luisa fondly remembers the best part of the cooking experience concluding with the expression“Mangia, Mangia” (eat, eat), when the family would gather together and join together to enjoy the pleasures of the table. Fresh pasta, slow cooked sauces and delectable desserts were all part of the menu. The family recipes were so good that they were soon being sold at local farmers markets where they were “snapped up” by appreciative customers.

Luisa enjoys quality time with her children, the various local farmers markets and of course cooking! 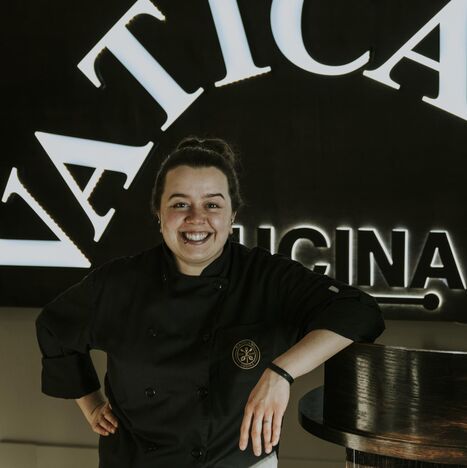 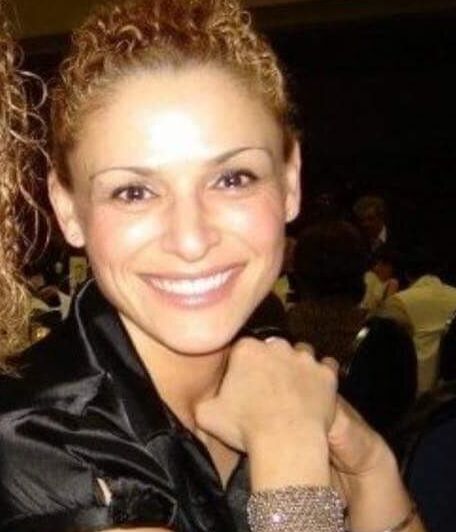 Sara and Nadia are sorelle (sisters) first and for most. They grew up surrounded by amazing women who created amazing dishes everyday. A tavola was created from the term used to call everyone to the table. To this day their mother will shout “ a tavola “ when dinner is ready. They quickly learned that food was not just nutrition but an avenue to connect with family and friends. Their Nonna was an amazing cook and an inspiring woman for this reason they have chosen to take the lessons she taught them and translate it into a soon to be cookbook entitled; “Nonna said...” 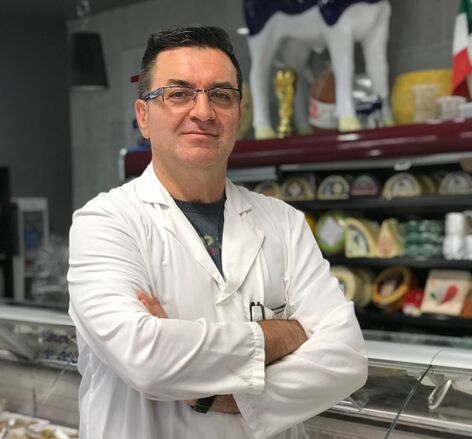 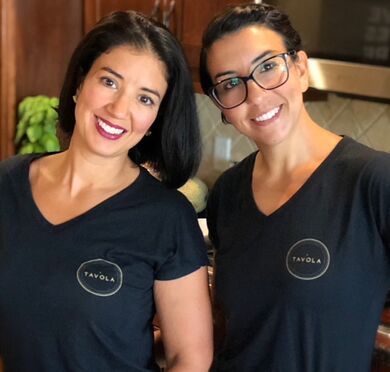 Do you know a local chef that should be featured at our event?

Capture yourself enjoying the food at Festa Italiana on August 25th then tag us in your post on Facebook, Instagram or Twitter with the hashtag #EatLikeAnItalian for a change to win one of three prizes:
- Italian Centre Shop Gift Basket
- Bialetti 6 Cup Espresso Maker
- Chianti Cafe & Restaurant Old Strathcona $25 gift card.

RULES:
1) Follow AGIE on either Facebook, Instagram or Twitter.
2) Tag us and post a picture of YOU "Eating like an Italian".
3) Be use to use the hashtag #EatLikeAnItalian
4) The post with the most likes will determine the top three winners.
5) Deadline for entries is 6:30pm on Sunday August 25th. All winners will have to arrange pick up of their prizing following the festival.

Giuseppe & Rocco
Artisti Pizzeria was founded from the shared dream of creating an authentic Italian experience in Edmonton through the two owners Rocco and Giuseppe and their love for pizza. Giuseppe and Rocco first met working together at an Italian grocery store and as time progressed their friendship grew very rapidly. They soon discovered their shared goal of opening a restaurant that would represent the passion they have towards the Italian culture and cuisine. Their aim is to provide the community with the best authentic Italian thin crust pizza’s that tastes just like home.

Fausto Chinellato
At 10 years old, young Fausto would run home after school to cook a fresh pot of tomato sauce for his family, using tomatoes straight from the garden. He enjoyed cooking so much that for the next five years, he would lend a hand at his Nonna's Trattoria. At 16, he decided to go to a German hotel to learn the language and take a variety of cooking courses to help develop his skills. In 1972 Fausto came to Canada and started designing commercial kitchens and 10 years later, he was asked to design an install the kitchen for the Italian Cultural Center. They asked him if he could help with the cooking, so he took a job there as a chef for many years. Fausto's love for cooking can be seen in the many dishes that he creates and inspires others to enjoy. 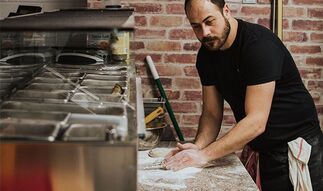